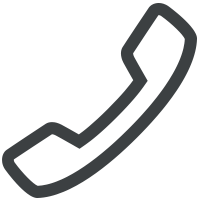 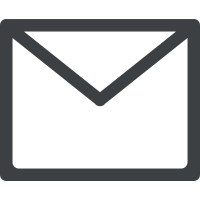 Questions?
Send us an e-mail

The Rev Faith Morgan is "a young woman in her early 30s with glossy brown shoulder-length hair and a healthy outdoor tan". Before being ordained into the Church of England, she had worked as a police officer in Hendon for nearly four years, and had had a long-term relationship with another police officer, Ben Shorter. But then Faith's vocation had taken a different turn, and her relationship with Ben had been broken off as she became increasingly uneasy with his drive for convictions, seemingly at any cost. But, even now as one of the clergy, she still "likes investigating; talking to people, analysing their expressions, reading their body language, peering into their lives; fitting together the broken puzzle of what they said and didn't say, and why. She was good at it.”

Martha Ockley is the pen-name of Rebecca Jenkins. She read history at Oxford University, and spent several years working alongside her father, the Rt. Revd. David Jenkins (Bishop of Durham 1984-94) during the turbulence of the 1980s. She lives in Teesdale in the North East of England where the landscape and history provide the inspiration for her Regency detective, F R Jarrett. Since September 2009 she has been Royal Literary Fund Fellow and Writer in Residence at York St John University. She is a full-time author, writing both fiction and non-fiction. (She should not be confused with a Canadian actor and singer, also called Rebecca Jenkins.)

The Reluctant Detective (2010)
The Reluctant Detective sees Faith Morgan arriving back in the region of her birth - Winchester in Hampshire. Recently ordained, she had been working as a curate in an Anglican inner-city church. Within an hour of her arrival at Little Worthy, she witnesses the sudden shocking death of a fellow priest during a communion service at St James's. He had been poisoned with a pesticide mixed with the communion wine. The senior police officer who arrives at the scene turns out to be Detective Inspector Ben Shorter, Faith's ex long-term boyfriend.

She is urged by the Bishop to stay on to look after the parish of Little Worthy. As she meets her parishioners she learns some surprising facts about her apparently well loved predecessor, and starts to suspect a motive for his death. And it is she who finally identifies the murderer.

The story gets off to a dramatic start with the previous vicar collapsing as soon as he drank the communion cup, and it holds the interest throughout. There is some romantic interest too. Inspector Ben Shorter starts by sneeringly telling his sergeant, "Ms Morgan is a vicar. One of the ordained," Ben emphasized the word. “She's a card-carrying professional at the touchy-feely stuff.” But he soon starts to feel differently about her again, although she is well aware that he "didn't understand the reality she experienced through her faith. He didn't even recognize its existence. That was the gulf beween them." Her own beliefs and doubts are convincingly described, for even she can't help wondering, "What if there is no truth to it?" But for her, as for Pascal before her, it was a gamble worth taking.

There are some unlikely coincidences (even Faith admits that "the coincidences were unsettling") and the dénouement seems highly improbable, but the church background and Faith's own faith ring true, and it will be interesting to see more of Faith in action in future books.

The Advent of Murder (2013)
The Advent of Murder starts with Faith Morgan, former policewoman and now vicar at the small English village of Little Worthy, going to visit one of her parishioners at his farm, only to discover the house surrounded by police cars. A body has been found in the local river and farmer Markham is charged with murder.

Though busy with preparations for Christmas, Faith is called on to investigate when it is found out that the victim is teenager Lucas Kemp, a member of her choir. Faith's informal inquiries lead her to uncover a hotbed of tensions and romantic rivalries in the choir, questions about drugs, and a run-in with an unsavoury uncle which leads to a dramatic rescue by Ben, Faith's former detective partner and ex-boyfriend, about whom she still has ambivalent thoughts. Then there is the choirmaster, Jim Postlethwaite, who "looked more like a dock worker that a choir master – a rather attractive dock worker. She pushed the unprofessional thought aside."She wonders how she will ever get through Christmas week. "There seemed to be fewer and fewer hours of blessed sleep in her bed at night as she struggled on from task to task: from writing service sheets to sermons, to rehearsal, to clearing up, to service, to meeting, to carol singing, to cleaning up and back again." The author well understands these aspects of a priest's life. What she has much less to say about in this book are Faith's own religious experiences. For one thing, she hardly ever seems to pray. And unfortunately the story itself is not as gripping as it might be.

A Saintly Killing (2014)
A Saintly Killing is set in late July as the village is about to celebrate the 900th anniversary of St James's Church at Little Worthy. It is a hectic time for Faith Morgan, who has now been vicar there for just 12 months, and who has planned a whole range of celebratory activities. A new painting of the church, is commissioned from distinguished local artist Sal Hankley. Sal, who has recently returned from Australia, is not a universally popular choice: outspoken and opinionated, she has made her share of enemies.

Before the painting can be completed, Sal's strangled body is found at her easel on a hillock overlooking the church, and Faith finds herself meeting up with her former lover, Detective Inspector Ben Shorter, whose aggressive style of questioning she still finds objectionable. Then she realises that Ben is "concerned for me! I'm not sure I can handle this. It's too confusing." Faith's gentle subtle approach to potential suspects is to prove really effective, alhough she has much on her hands, including helping her sister Ruth to cope with her mother's advancing dementia. But when a close acquaintance comes under suspicion, she is determined to find out what really happened.

As before, village and church life is portrayed in a convincing manner. It is a lively, gossipy community (Faith finds that "the speed that gossip could spread through Little Worthy was quite fascinating.") The murder story holds the interest although it is only a part of all the gossipy goings-on, and it all leads to a credible conclusion. Altogether, quite an enjoyable story, held together by the presence of an interesting leading character